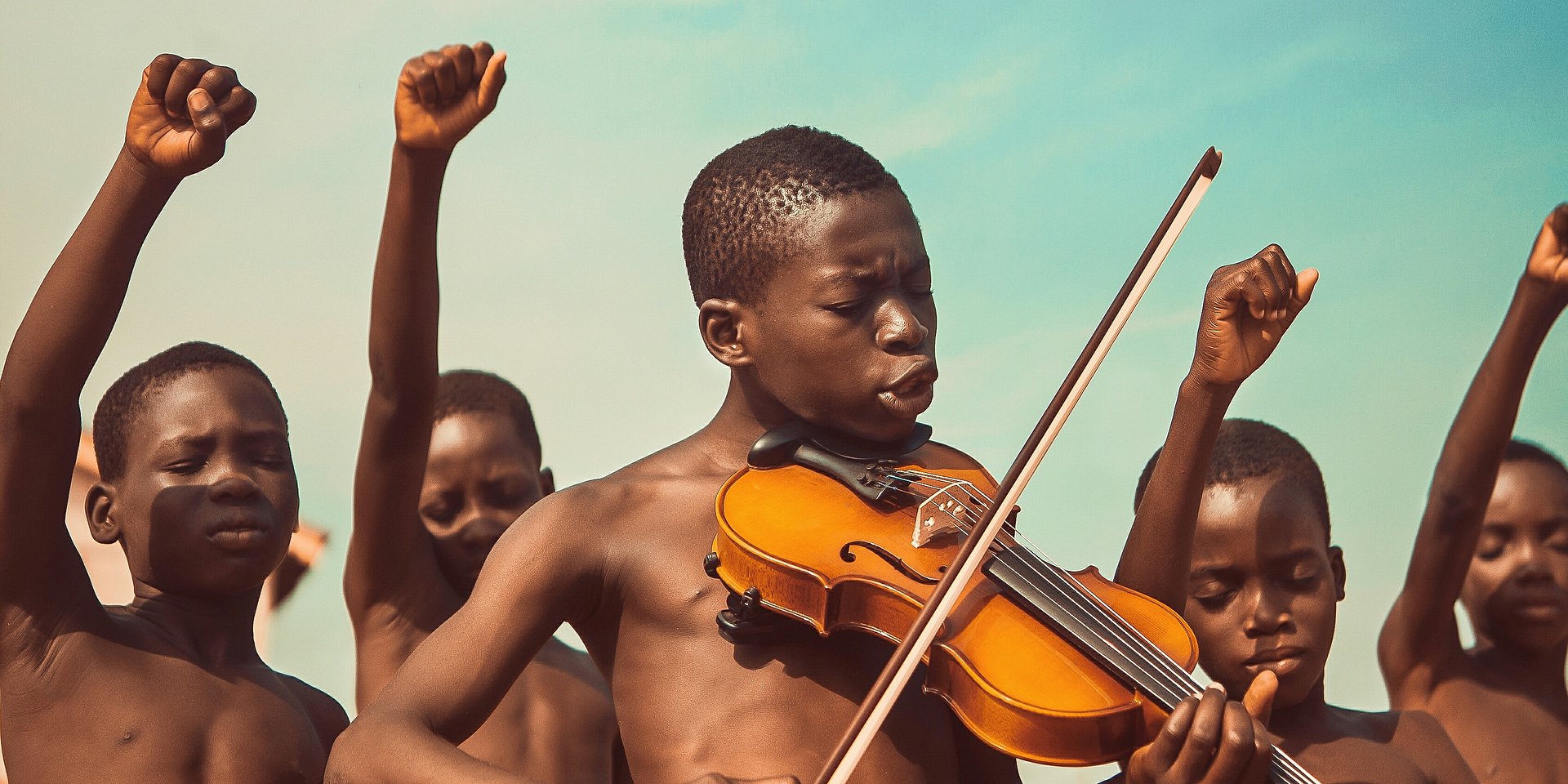 The photo ‘Songs of Freedom’ by ghanaian photographer Michael Aboya was voted Best Photo of the Year and wins Agora Awards 2019 competition.
The competition was hosted by free-to-use photography app Agora and received over 130,000 submissions from 193 countries.
The winner has been announced at the official Agora Awards 2019 ceremony to be held in Barcelona on Wednesday 6th November and received $25,000 (22,445€), the highest contest prize to date.
With photos portraying a cheerful and optimistic representation of the life around him, Michael Aboya aims to inspire a change in the way people perceive Ghana and the African continent in general.
Barcelona, 6th November 2019 - After nine months of competition and more than 130,000 photos submitted from 193 countries, free-to-use photography app Agora names ghanaian photographer Michael Aboya (@eightman) as the Agora Awards 2019 winner. His photo ‘Songs of freedom’ was voted Best Photo of the Year, awarding it’s author with the life-changing prize of $25,000 (22,445€).
The official Agora Awards 2019 ceremony took place in Fábrica Estrella Damm, Barcelona on November 6th where Michael Aboya's cliché 'Songs of Freedom' has been crowned author of the Best Photo of the Year. The event was live streamed through Agora's Instagram page and featured an exclusive photo exhibition sponsored by Fujifilm and Kitoli laboratory showcasing the competition’s 50 finalist entries.

‘Songs of Freedom’, Best Photo of the Year 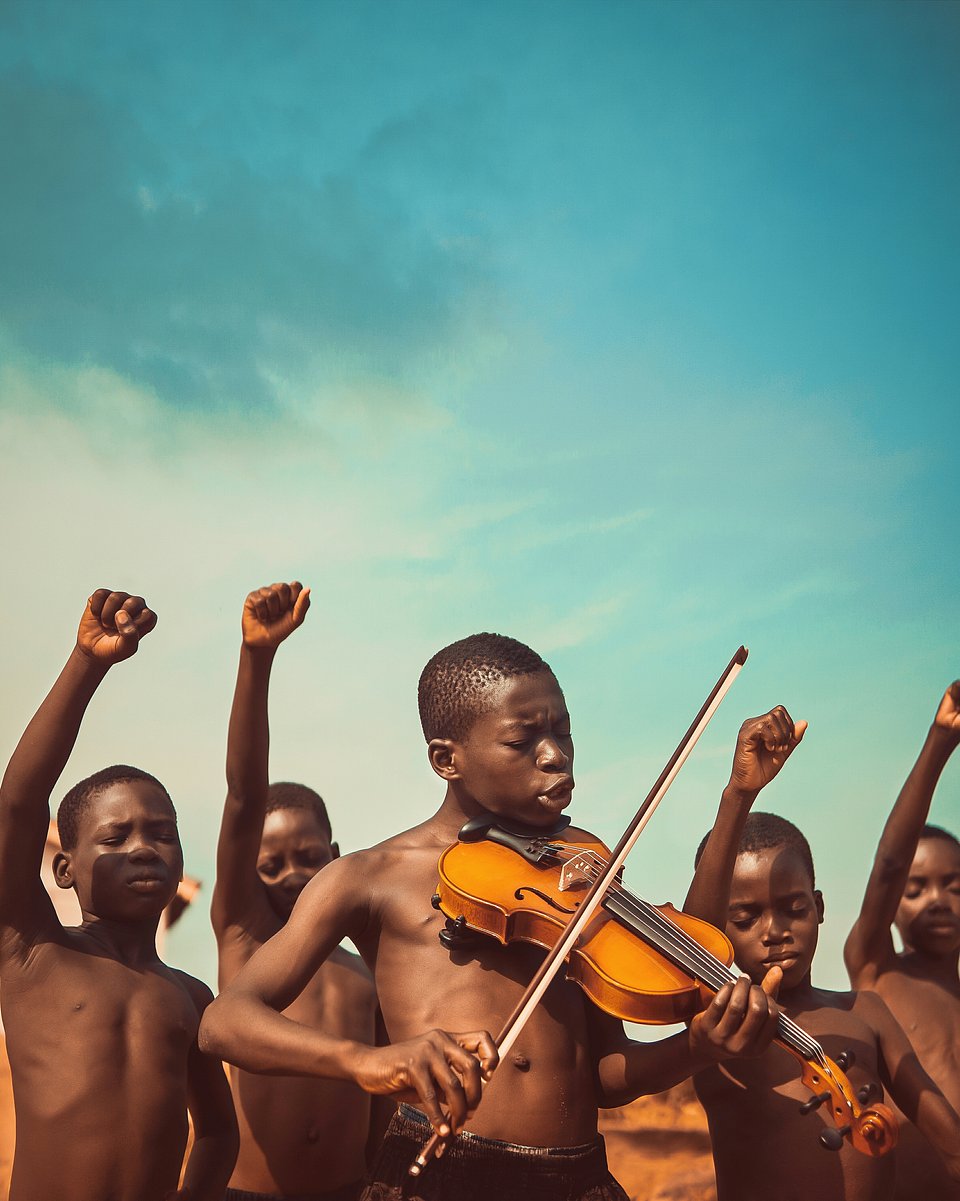 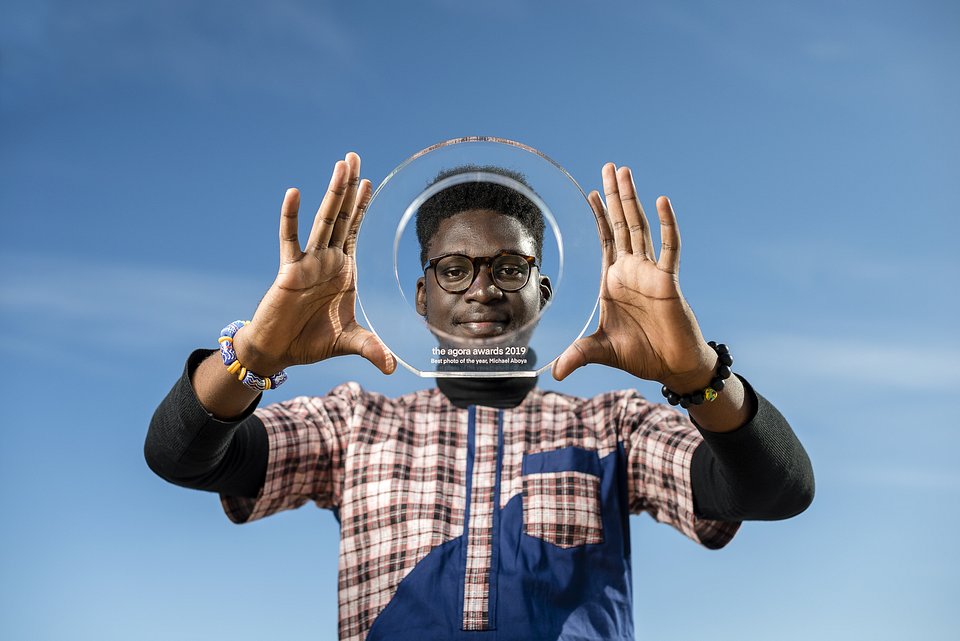 The vision for ‘Songs of Freedom’ came to Aboya while he was at home, listening to Bob Marley. When ‘Redemption Song’ began playing, he immediately wanted to bring the legendary song to life with his camera.
'Songs of Freedom' was shot in Labadi, one of Ghana’s oldest neighborhoods located in the coastal part of Accra, the country’s capital. The local kids from fishermen families who live on this beach have always been a source of inspiration for Michael.
In order to bring his vision to life with his camera, Michael gathered the group of kids while a friend of him who had brought a violin taught them the basics. One kid in particular had the most expression amongst them all and became the focus of the image:

Just one day before the shoot, I met Rockson, a friend I had made on the Agora platform who happened to visit Ghana, his home country. Surprisingly, he had brought his own violin with him, so I asked him to bring it along the next day for a shoot I had planned. We got to Labadi the next day where we met the 5 young amazing boys. In order to get the image  as real and natural as possible without losing the most important aspect of who they really are, I asked my friend  to teach them the basics on how to hold the violin, the perfect hand positions and I saw that one of the boys had the strongest expression with the violin, which was perfectly aligned with my vision for the photograph.

The photo has had a particularly strong impact among the african diaspora, as it symbolises more than just a photo to them: the end result visualizes an unspoken struggle for freedom and belonging, conceptualized through the violin, which Aboya describes as an instrument of the soul.

"Songs Of Freedom is a striking image, with strong contrasts and an intelligent composition. A topless african child plays the violin under a wide sky that indicates a sunrise or sunset; the beginning or end of an era. Behind him are four more children with their fist raised and their eyes closed, enjoying the melody played by their companion. A melody that sounds like the conquest of a just future, that gives off intellectuality, pacifism, effort and dignity. It is an image full of symbols that declare that Africa is awake and  will be the protagonist of a hopeful future. For me, Sounds of Freedom is an intelligent visual manifesto of a current reality and, at the same time, an optimistic and dignified message about the future.

Michael is a 24 year-old self-taught photographer from Accra, Ghana. Born and raised in Nigeria, he moved to his father's homeland, Ghana, when he turned 13. Michael celebrates the love he feels for his country through powerful photographs that portray a cheerful and optimistic representation of the life that surrounds him. 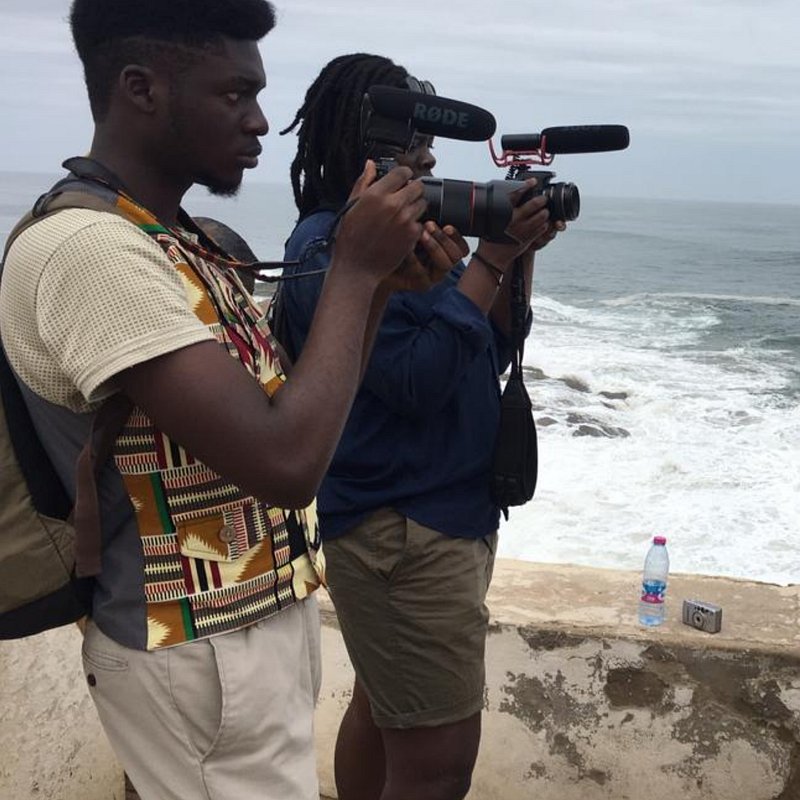 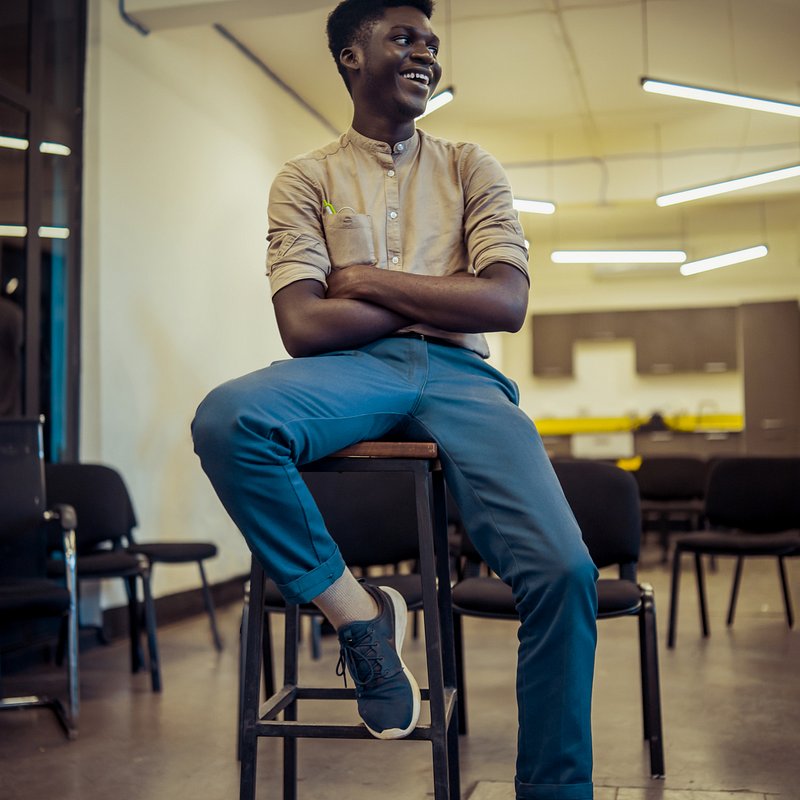 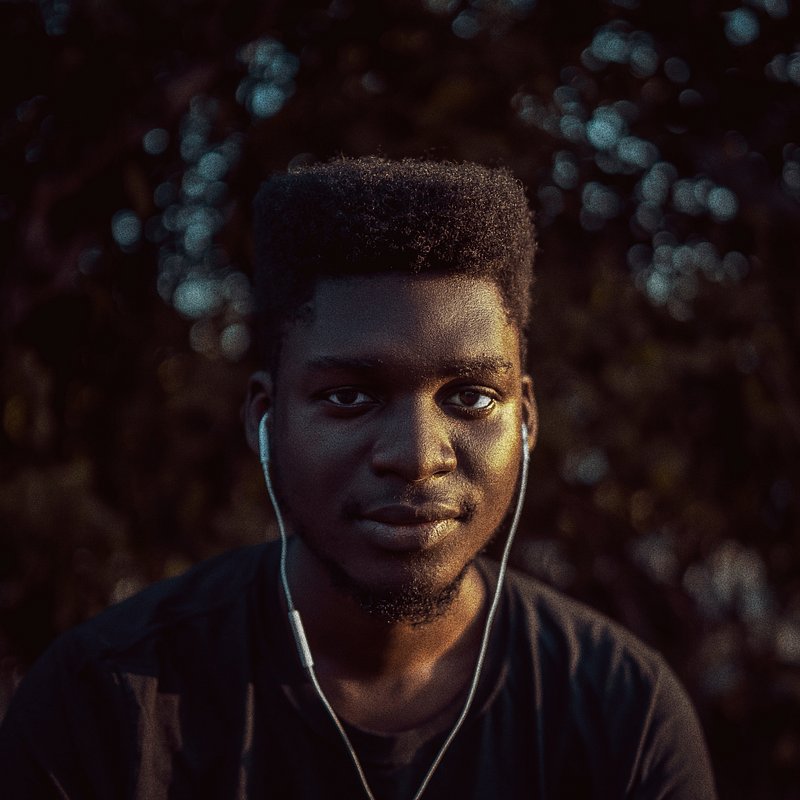 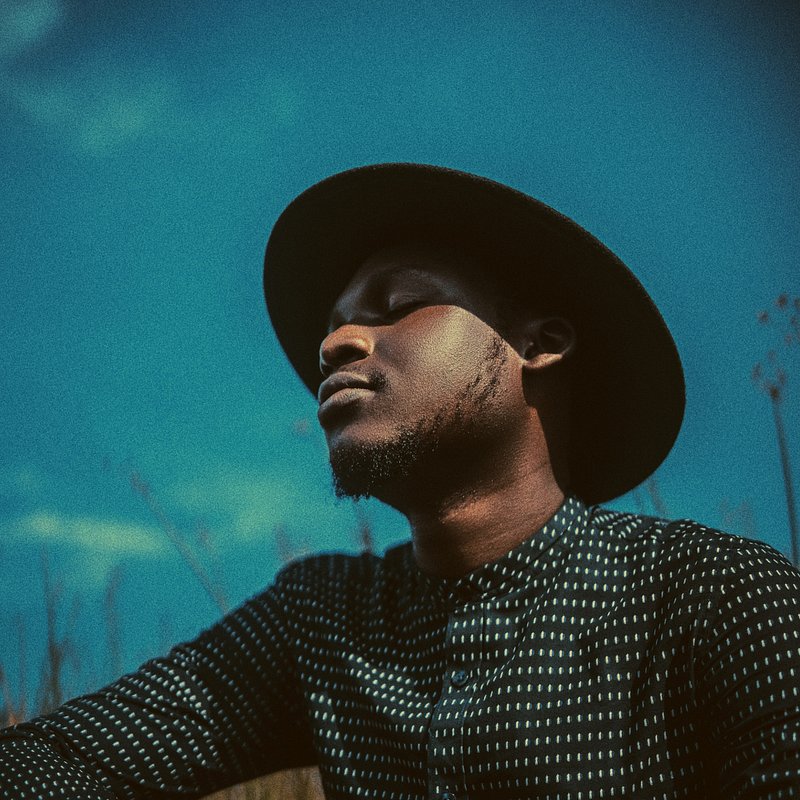 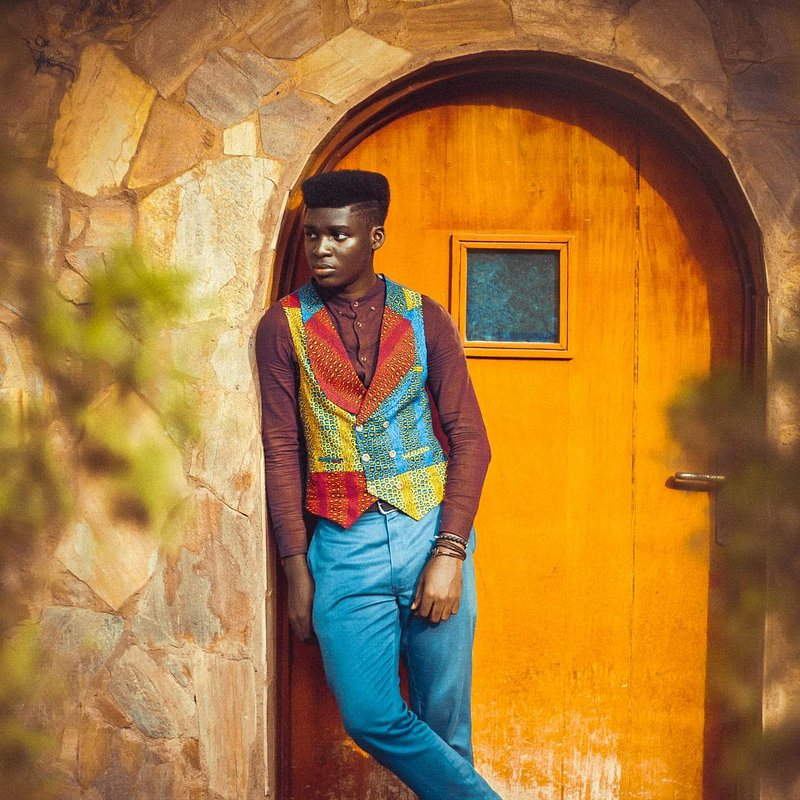 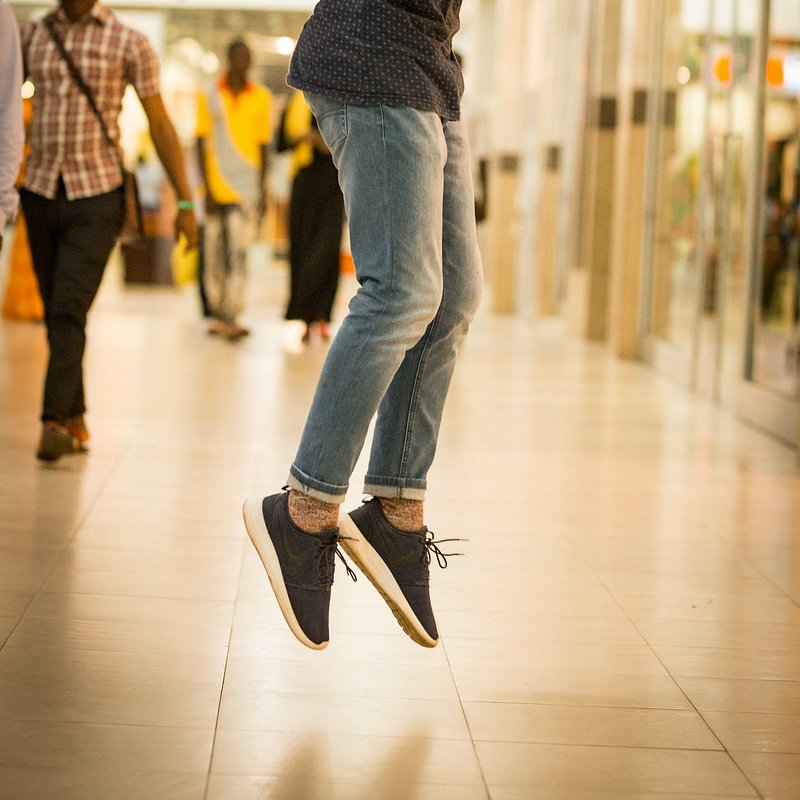 Michael’s passion for arts and photography unfolded back in 2014 when he was studying software programming. When he abruptly lost his dad to cancer, he realised that life was too short to spend it doing something he didn’t enjoy and therefore decided to pursue his dream of becoming a photographer. Shortly after dropping out of programming school, Michael gathered all the little savings and funds he had at the time (those were meant to pay for his school fees) and got himself his first professional camera.

After I purchased my first camera, the next step was to join a photography school, but the fees made that impossible. So I invested a lot of time reading about photography, and watching YouTube videos on how professional photographers shot and used different kinds of lighting to their advantage. I would then go out with my camera to practice by shooting anything I found interesting, and then go home and do some editing. I kept doing this over and over again until I gradually started getting good at it.

With his photos, Michael aims to inspire a change in the way people perceive Ghana and more generally the african continent. As a photographer, Michael’s main point of focus is the storytelling through his images: the purpose is to inspire, empower and reach the emotions of the viewer, in ways they can relate to.
His work is mature, simple, yet wonderfully eye-catching: one can almost feel music and laughter in his images. 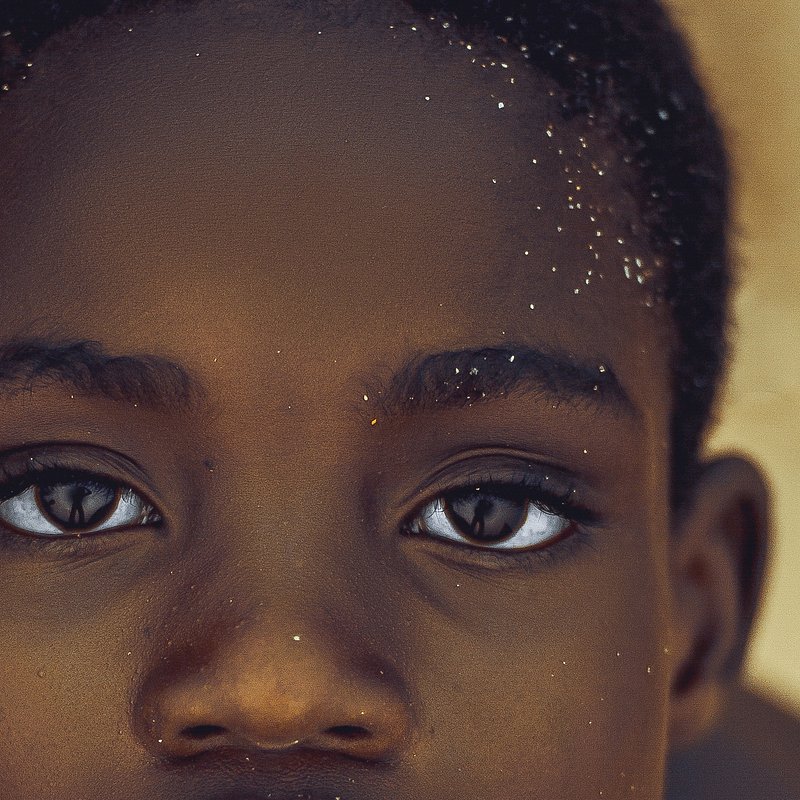 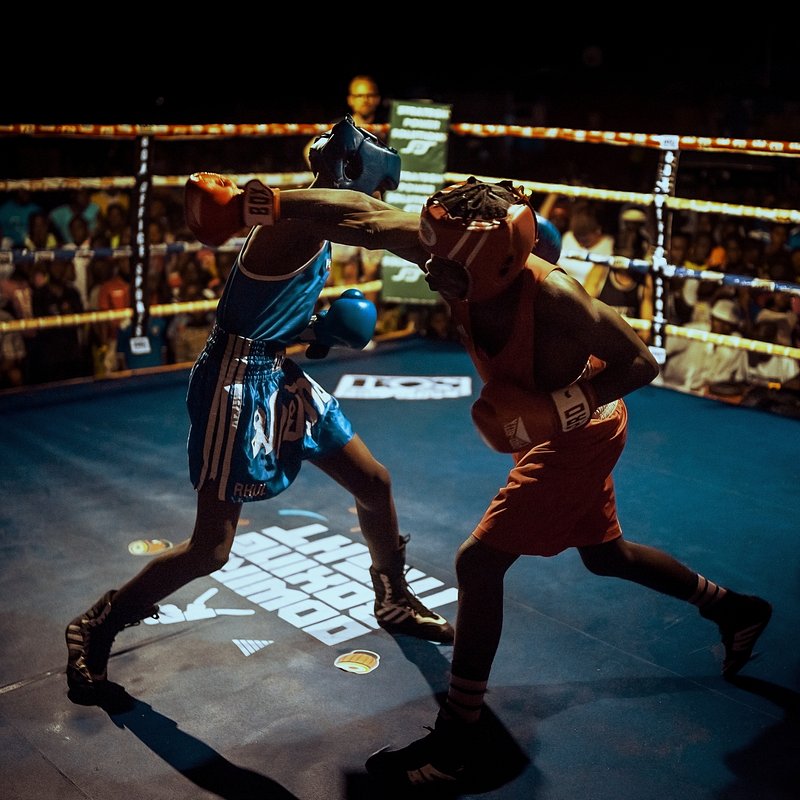 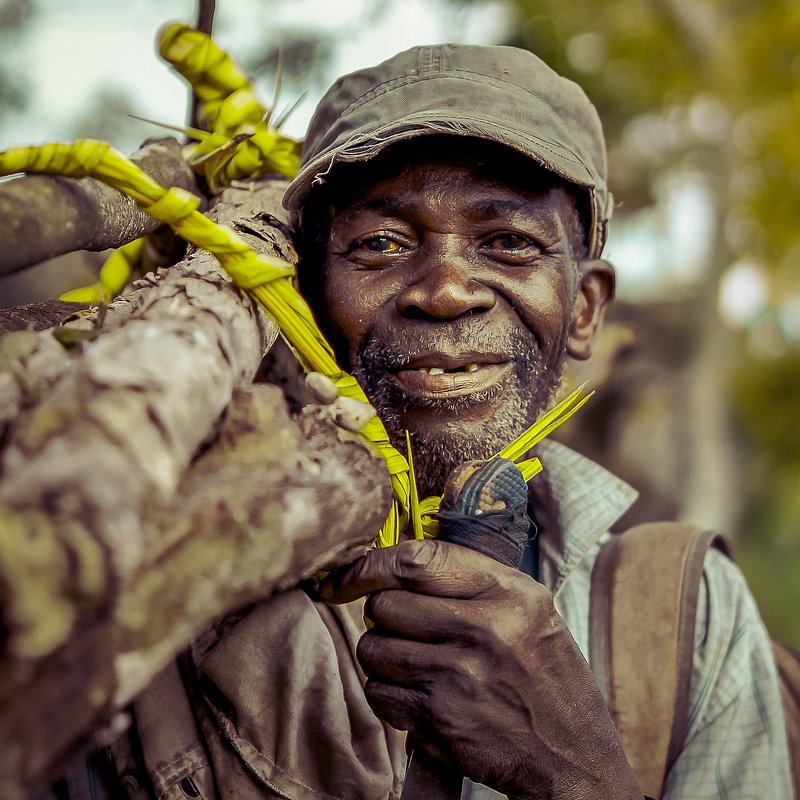 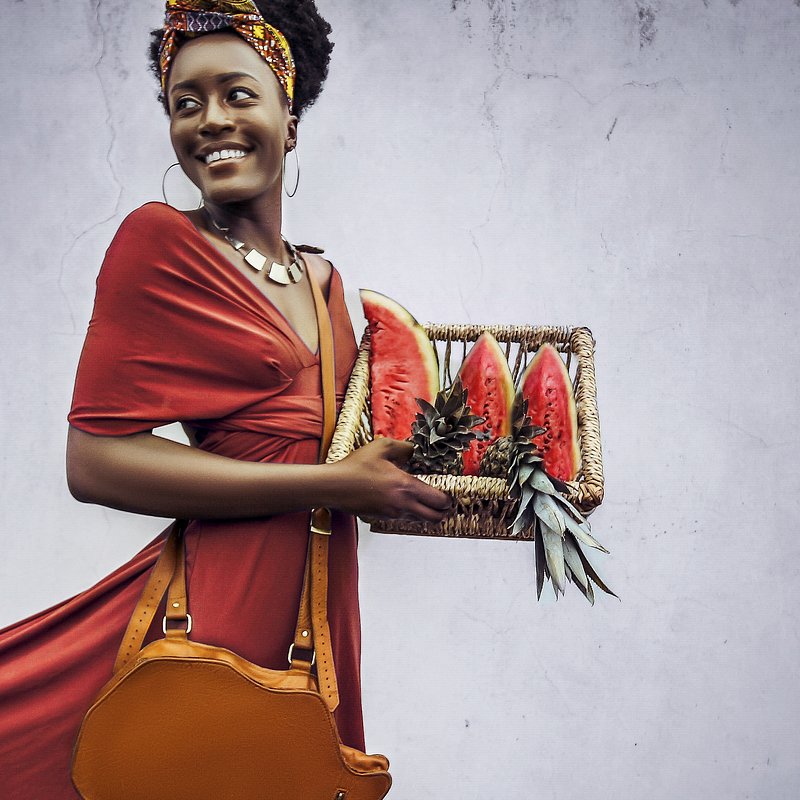 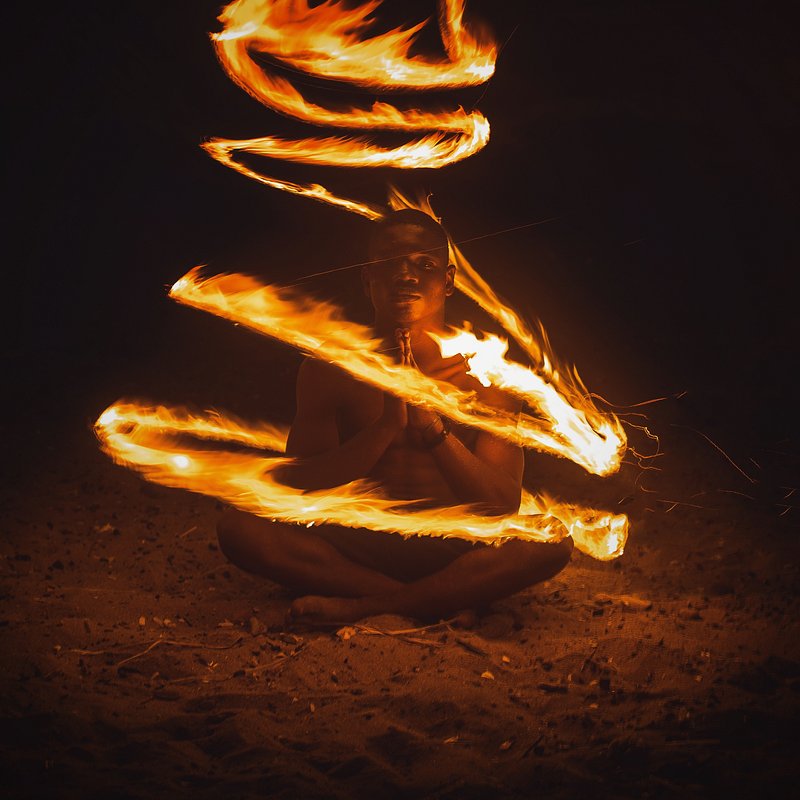 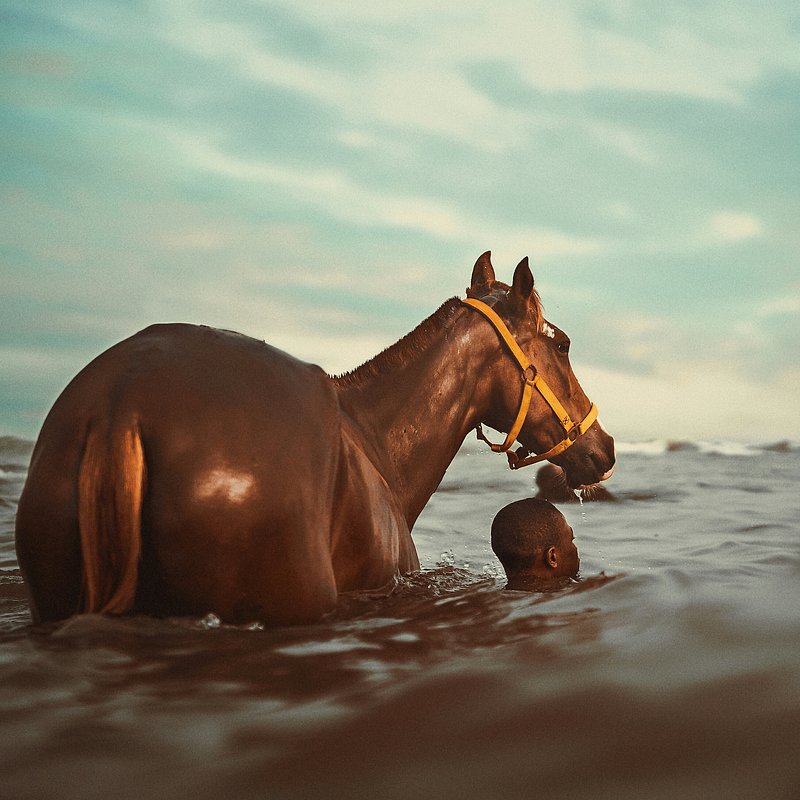 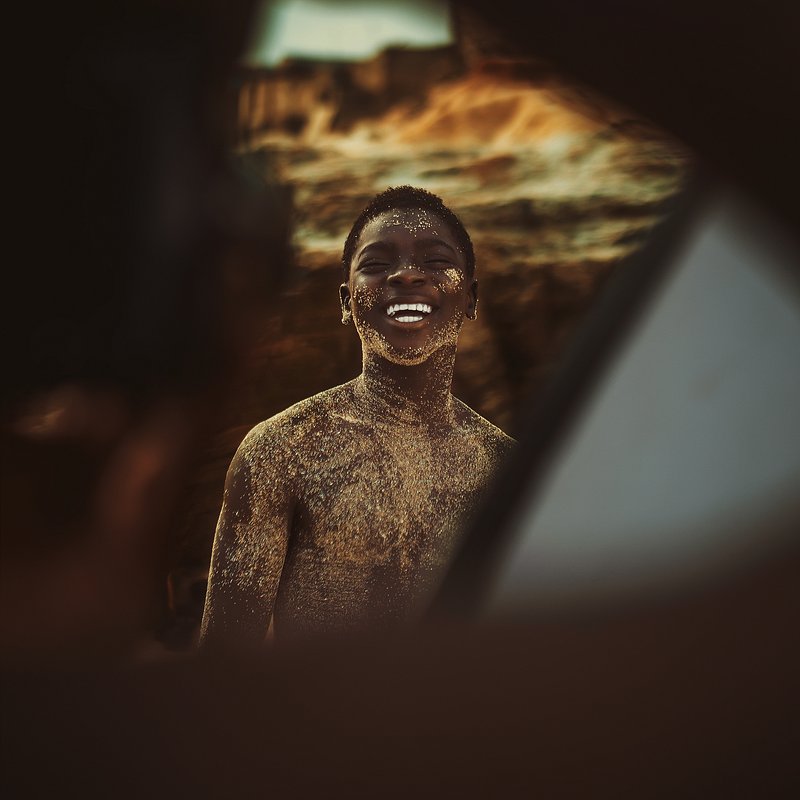 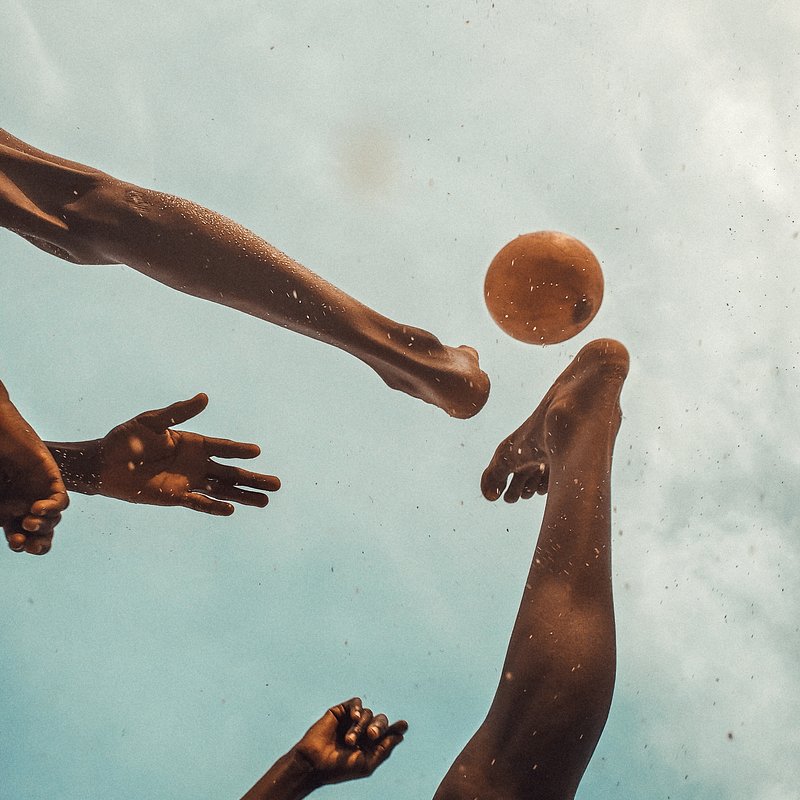 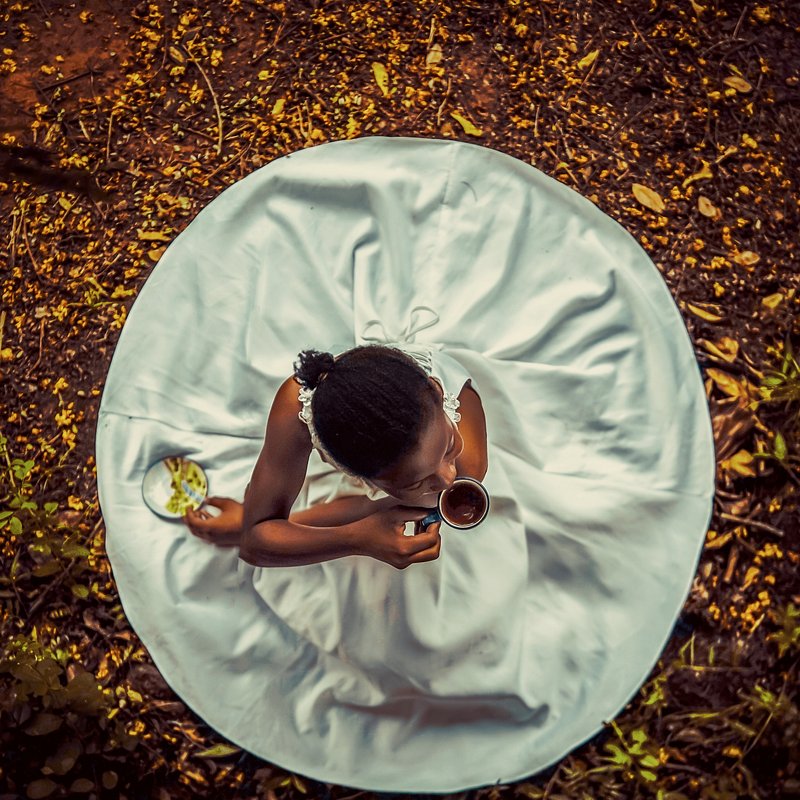 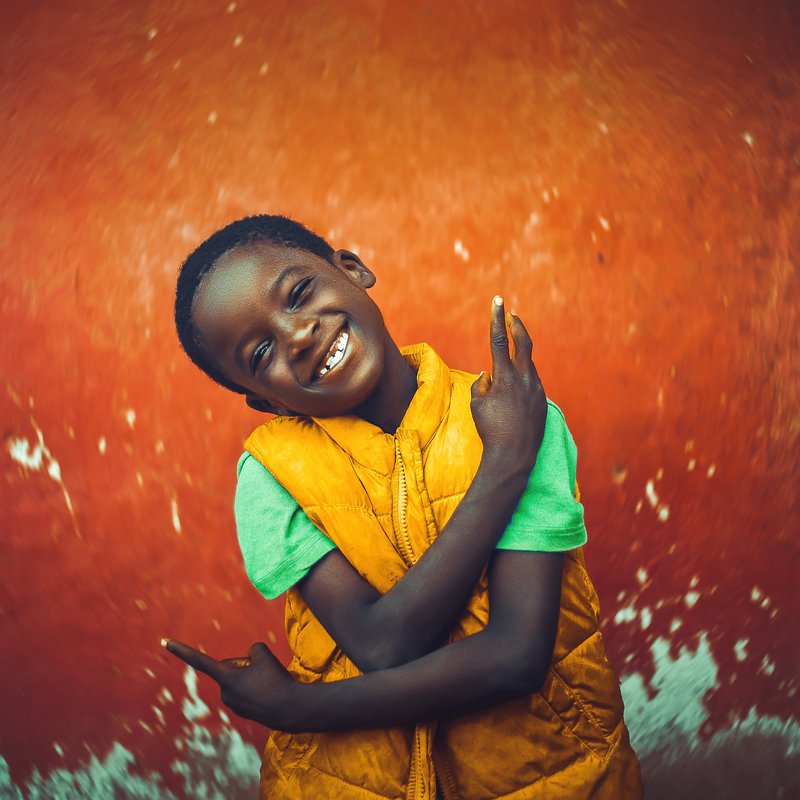 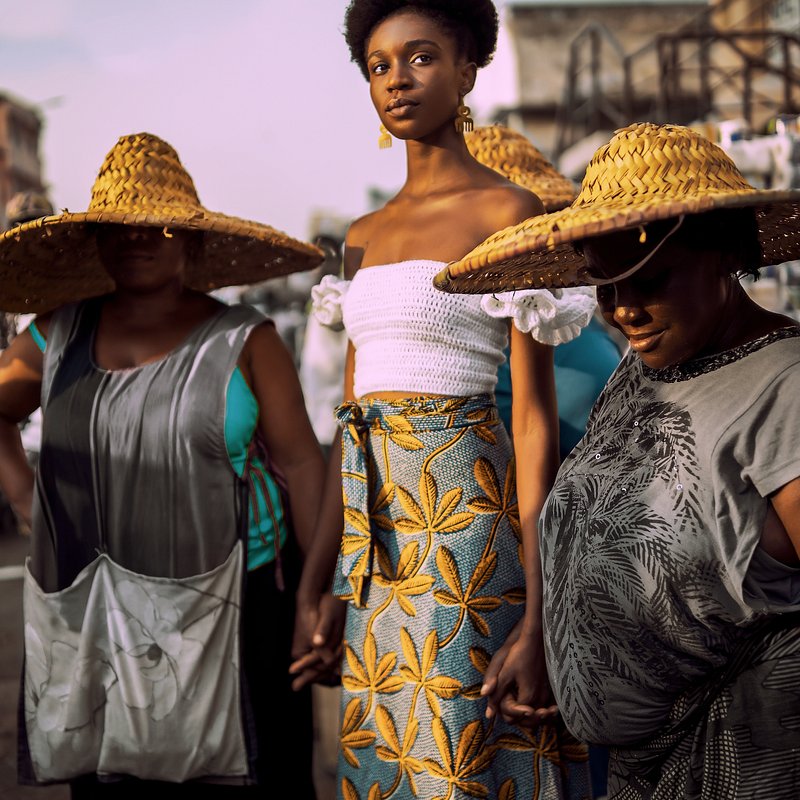 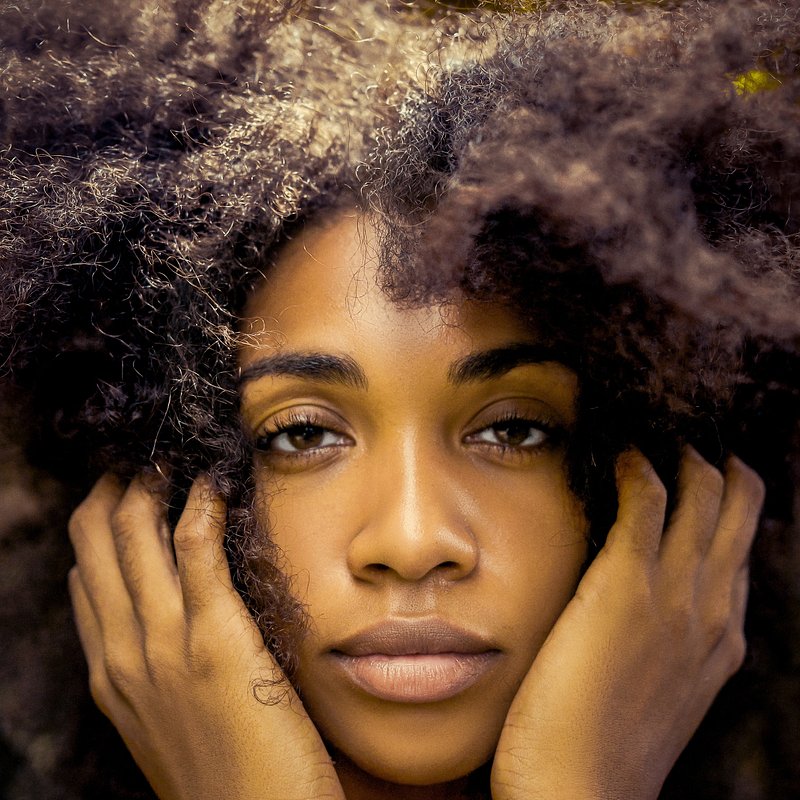 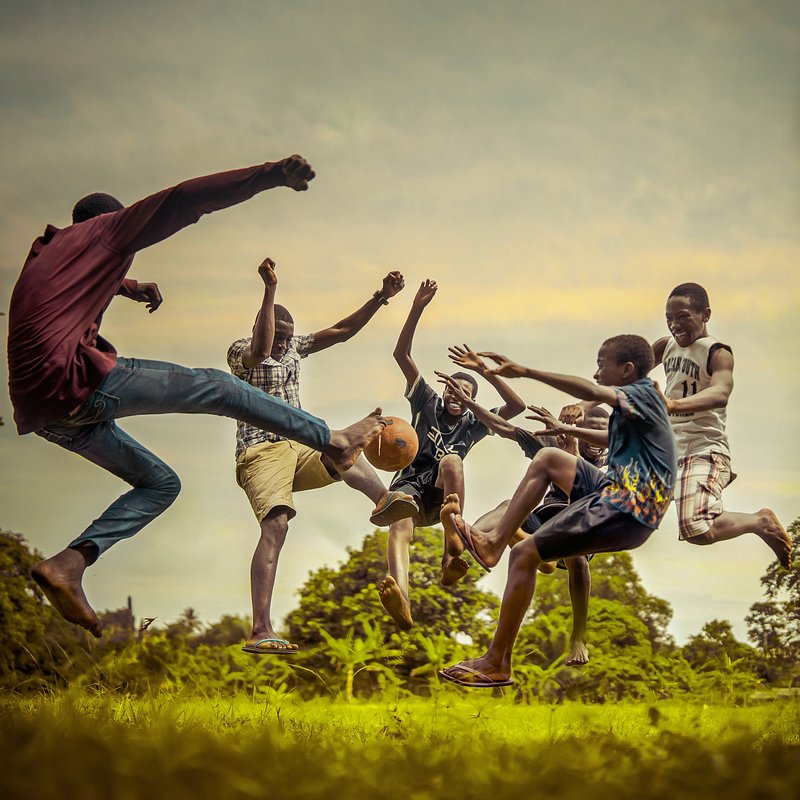 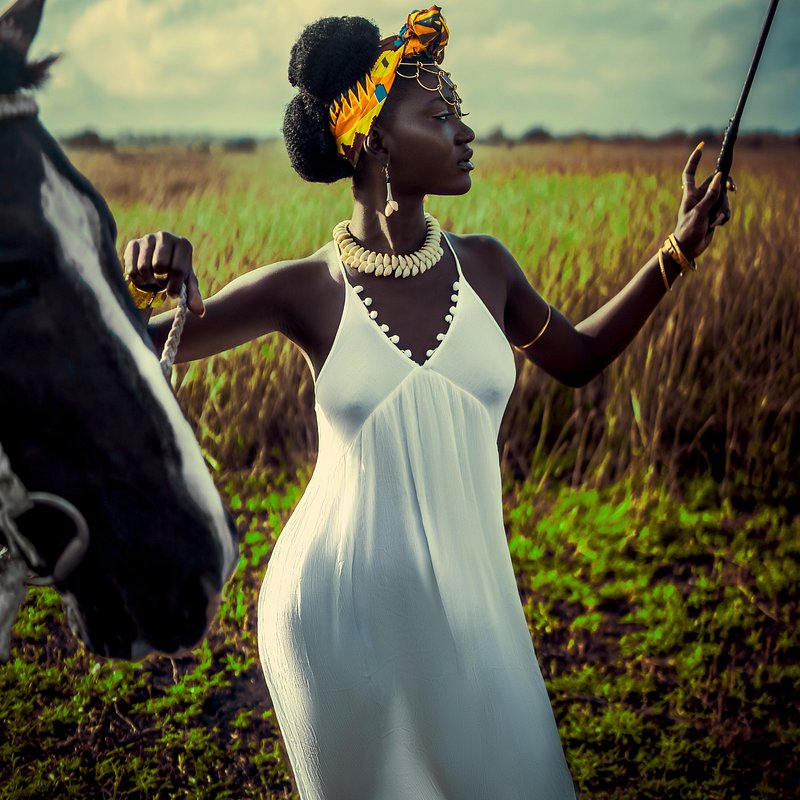 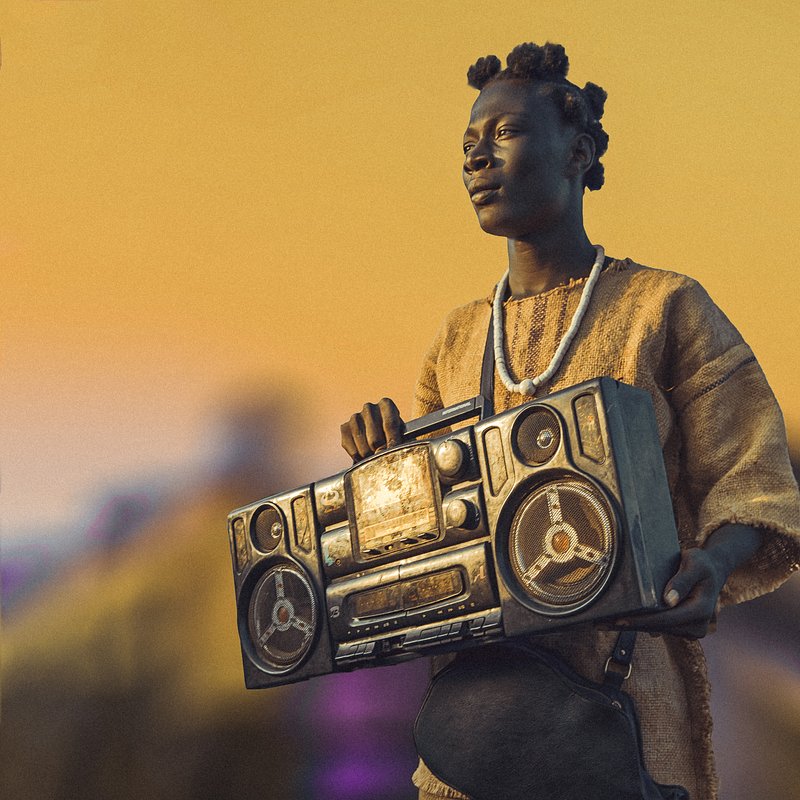 I believe that when BIPOC (Black and Indigenous People of Colour) tell their own stories, they can present the country and continent differently to the world, showing the love, peace, and harmony, and making the bright side a little bit more, putting the dark side behind it.  I created this image to emphasize the fact that we have the power to free ourselves from any form of mental, physical, spiritual and emotional captivity.

With his $25,000 prize, Michael plans to invest in his passion and skills to bring his art even further:

With the prize money, I'll be able to invest into my photography by getting gears i need. I'll invest into learning videography, putting my visions into moving pictures, visiting new places I have never been to capture the beautiful people and their colorful stories, support my family and give back to the community of youths.

The Agora Awards 2019 competition has been running throughout 2019, where photographers from all around the world - amateurs and professional alike - could submit their best shots to the Agora free-to-use app.
Unlike any other photo contest, the Agora Awards involve professional and amateur photographers who can submit their image without any pre-established category. As such, the entries are varied and include haunting portraits, stunning landscapes, and incredible pieces of photojournalism.
On September 3rd, Agora revealed the competition’s shortlist including 50 finalists and opened the final voting phase. In keeping with the democratic nature of the app, all users could vote on their favorite photograph and have a say in who takes home the ultimate prize.

#AGORAawards2019: Discover the World's Best 50 Photos of the Year

The Agora Awards winner has been elected as the author of the most voted photo by the Agora users. More than 500,000 votes have been received in the competition where ‘Songs of Freedom’ crowned the ghanaian photographer with the Agora Awards 2019 Hero title.
The Agora Awards 2019 ceremony was hosted by Agora in the start-up’s home city, Barcelona. The event featured the exhibition of the 50 finalists of the competition with the collaboration of Fujifilm and Kitoli laboratory, and was live streamed through Agora's Instagram page. 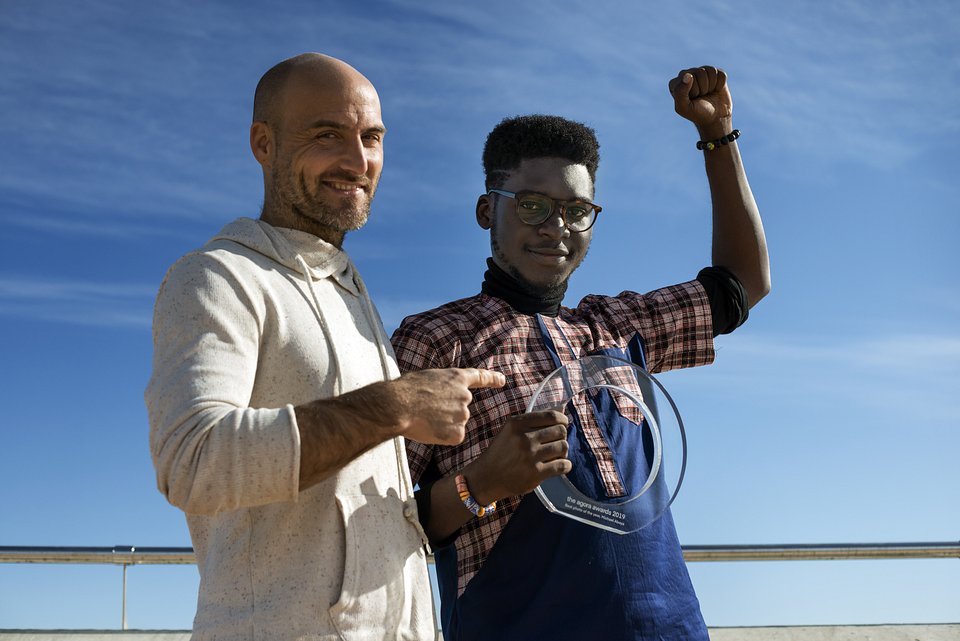 Agora is built between all: we want to empower people all over the world, because we believe that every point of view is important. We're creating a global democratic system where everyone can create, vote and enjoy the best creations of Humanity.

Agora is a free-to-use photography social network that gathers a community of more than 3,5 million users from 193 countries. Over the past couple of years, Agora has transitioned from being a social photo market to a digital channel where people create, vote and curate the best images made worldwide. Every week, the universal concepts launched through Agora’s Hashtags such as #Women, #Aerial or #Hope, are being illustrated by thousands of creators who are sharing their best points of view on the concept. Creators can vote for the best photos in the world while curating quality content, for a chance to win awesome cash prizes (from $1000 to $25000), photo gear and other life-changing experiences. Agora won 'Best App in Spain' prize at TheAwards2018, recognizing the app's efforts as a disruptive, scalable and global idea.
Agora empowers people everywhere, inspiring them to learn and to showcase their work.
The world needs new points of view and yours is important.
Download Agora

Download
PORTFOLIO Michael Aboya'There is a light somewhere, it may not be much light but it beats the darkness.'(Michael Aboya:Agora).jpg

Download
PORTFOLIO Michael Aboya'You never really know what's coming, you just have to be ready when it does, and never get too comfortable, life is soo unpredictable.' (Michael Aboya:Agora).jpg

Download
PORTFOLIO Michael Aboya'When two or more women gather an economy is built. When there is equality, there is quality of life.' (Michael Aboya:Agora).jpg

Download
PORTFOLIO Michael Aboya'There's nothing more rare or more beautiful than a woman being unapologetically herself, comfortable in her perfect imperfection.'(Michael Aboya:Agora).jpg

Download
PORTFOLIO Michael Aboya'Smile and Enjoy the Fruits of your Labor' (Michael Aboya:Agora).jpg

Download
PORTFOLIO Michael Aboya'| Beauty Circle | In a dress of bright confidence, beauty began the moment she decided to be herself, and to appreciate herself.' (Michael Aboya:Agora).jpg

Download
PORTFOLIO Michael Aboya'I never had enough to even make a circle, so I just made myself a happy square of only real friends.'(Michael Aboya:Agora).jpg

The World's Best Photos Of #Small2020 by Agora

Mobile app Agora challenged international photographers to participate in the #Small2020 photo contest and show us the world through their magnifying glasses. As a result, 14,432 photos of all kinds of small things were submitted to the contest, from tiny bees at work an...

Free-to-use mobile app Agora launched the #BestPhotoOf2020 contest on March 30th, inviting photographers from all over the world to participate in the biggest photo contest of the year.

The World's Best Photos of #Animals2020

Free-to-use mobile app Agora challenged international photographers to participate in the #Animals2020 photo contest with their best shots of living creatures around the planet. As a result, 13,888 photos of all kinds of animals were submitted to the contest, showing the...